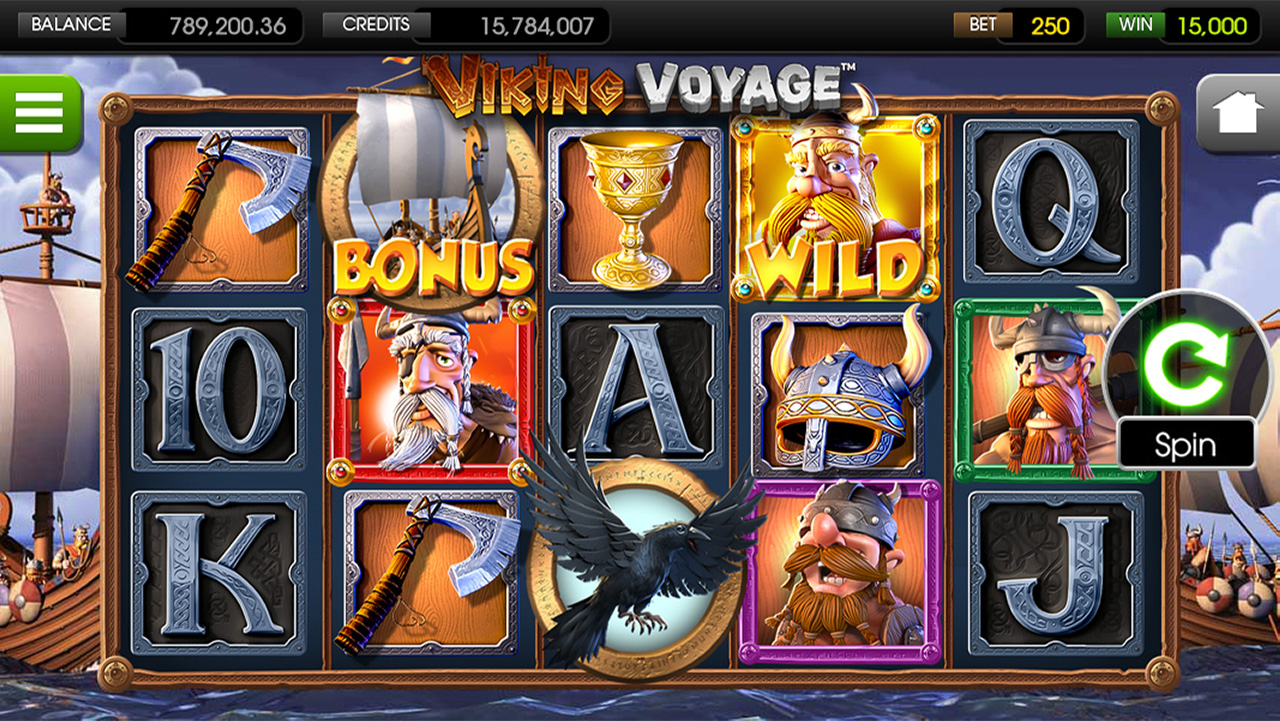 Join the Golden King on the Viking Voyage

The soothsayers spoke of great riches across the sea, so the Golden King has gathered his most loyal warriors on their greatest expedition to date. Polish your ax, push out the longboats and prepare to go looting when VIKING VOYAGE sets sail this spring!

Steeped in Scandinavian lore, the reels of VIKING VOYAGE are loaded with royals, runes, and other symbols that spell good fortune for your band of intrepid adventurers: horned helmets, battle-worn axes, golden goblets plundered on past voyages, and god-sent guardians in the form of Odin’s watchful ravens.

Joining the Golden King on his fateful voyage is a grizzled village elder, two hardened fighters, and a feisty shieldmaiden – all high-paying symbols, and all ready to follow their king to explore new shores in search of untold treasures.

The Golden King himself has descended from his throne to lead his people, and he stands proud on reels 1-4 in stacks of up to 3, using his warrior’s instincts to stand in for any other symbol – including the raven scatter. When the King appears in a full-height stack, he bellows a battle cry, freezing that reel in place and shaking the earth so that all other reels spin again. And if another full stack appears during that spin, the King will command that reel to lock, too, before a further respin.

A special longboat symbol appears only on reels 1 and 5, with shields mounted along its sides, ready to take to the water. When one longboat appears, the drums begin to sound, and if another appears in the same spin, the Vikings being their raid over fifteen free spins!

Standing in for any other symbol, the Warrior King appears in full-height stacks, with a roar that locks one reel and shakes the other reels into a respin.

Further full-height stacks of Warrior King symbols can appear during respins and will trigger respins of the remaining reels.

When the ship symbol appears on reels 1 and 5, the Vikings begin their voyage, raiding over the course of 15 free spins.

VIKING VOYAGE contains a feature-buy-in mechanic for free spins – and a special coin symbol can reduce the cost of buy-into zero if enough appear at once.