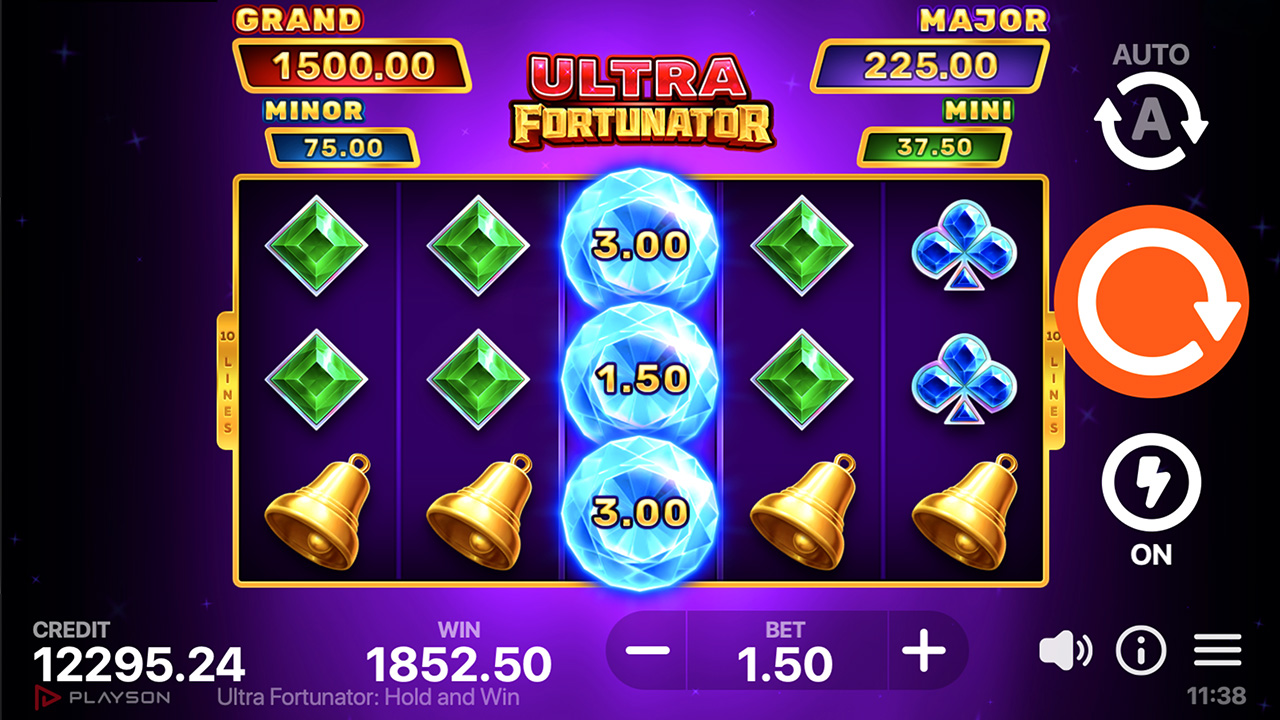 Ultra Fortunator was designed with to bring the "Ultra" to the Fortunator series - and looking at the slot, it seems to have managed it! The main game presents a true royal expression with the precious stones on the field, golden frames of the reels and those majestic diamonds on the central reel. Top symbols are not out of the picture – triple sevens, bell, dices and bar symbols are here and really pay out if you hit them in a combination. What truly drives this slot though is the Bonus Game and potential reward waiting for you in it.

The background in the Bonus Game turns from regal purple of the main game to a glorious rainbow palette, representing the most precious symbol of the game – the Mystery Symbol, and that is for a good reason, whenever you hit the Mystery Symbol, one of the four in-game Jackpots is guaranteed!

3 Bonus symbols on the central reel trigger the Bonus Game - up to 20x bets indicated on the symbol.