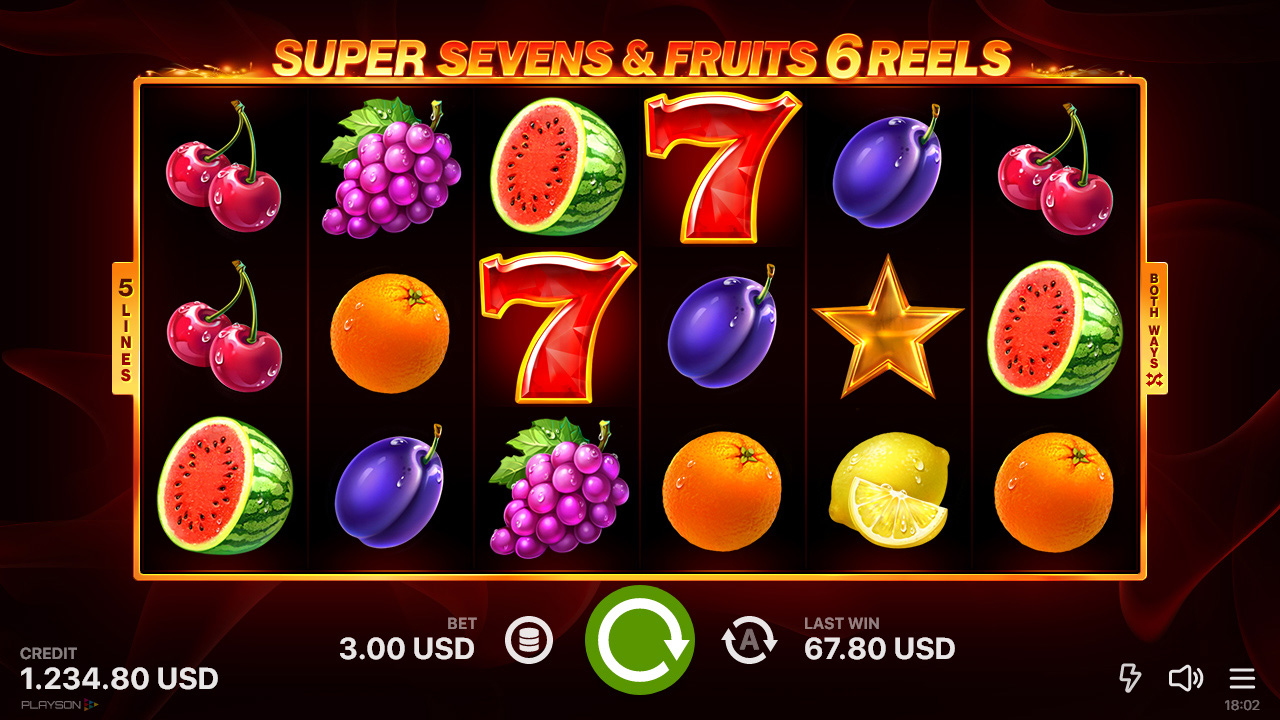 ¡The potential is here for excellent rewards to come your way with the super sevens and the additional 6th reel!

5 Super Sevens & Fruits: 6 reels” is a non-stoppable classic fruit slot with a new flavor. The timeless Fruit Slots collection keeps growing! All is here, juicy fruits waiting to create winnings, fire animations to warm you up and, a catchy soundtrack for a better emotional feel.

This classic video slot has 3-rows, 5-bet lines, and a 6-reels game field with both ways pay lines, meaning the ability to form winning combinations from left to right and right to left, creating an exceptional level of thrilling fun.

You will also find out that beloved red seven symbols also pay on adjacent positions. It means that it only needs to appear three times on the same line and next to each other, even if it’s in the middle of the line and will pay. The game’s Scatter symbol is the “Gold Star” 3 or more of them anywhere on the reels will see the Gold Star symbol pay independently of 5 bet lines. Simple as that, but with sevens in the heart – that is what makes “5 Super Sevens & Fruits: 6 reels” so great!

The majority of symbols, watermelon, grape, plum, orange, lemon, and cherries, are drawn as fresh fruits using a photorealistic technique. You need between three and six identical symbols on an active line to get a cash prize. The delight in the game is the red seven, as one of the highest paying symbols, and the golden star as the Scatter symbol.

Blasting fire animations will attract all your attention during winning moments. Big Win animations are magnificent full of golden coins flowing right into your hands.