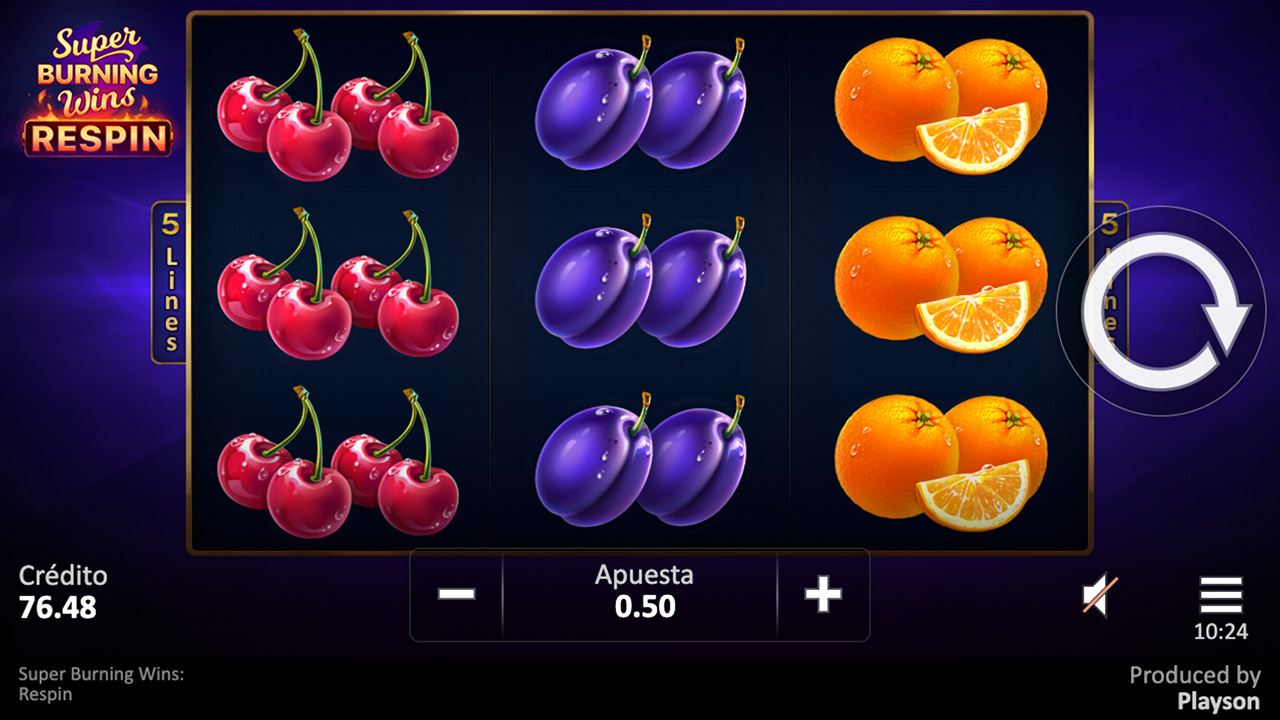 Super Burning Wins: Re-spin" is a classic fruit machine that continues the traditions of The "Timeless Fruit Slots" series. The fruit symbols you get here are the classic ones, including images of cherries, oranges, lemons, and plums. You also have other classics, such as the Lucky 7s, shiny bells, and bars logos and an X The shiny bells and bars, juicy fruits, and bright Red Sevens attract player’s attention on the contrast to the deep blue background. All animations have vivid burning effects while the Big Wins make it rain with gold coins.

The slot has a booming combination of features – re-spins and field multiplier, while the 3x3 game field with 5 lines is a nod to traditions. Respins will bring you a second chance for winnings, and the field fully covered with identical fruit symbols will grant you x2 winnings multiplier to present Super Win.

Re-spin is triggered when you either make a non-winning spin or when 2 reels are filled with identical fruit symbols. During the re-spin, two reels with identical symbols will stick while the third one re-spins waiting for the re-evaluation of potential new winning combos. If you land 9 identical fruit symbols on the reels on the same spin or with the help of a re-spin, you will be granted either another re-spin or x2 multiplier on a regular spin.

During Re-spin, both reels filled with identical fruit symbols. The remaining reel will re-spin to give a second chance for winnings.