Spirit of Egypt: Hold and Win 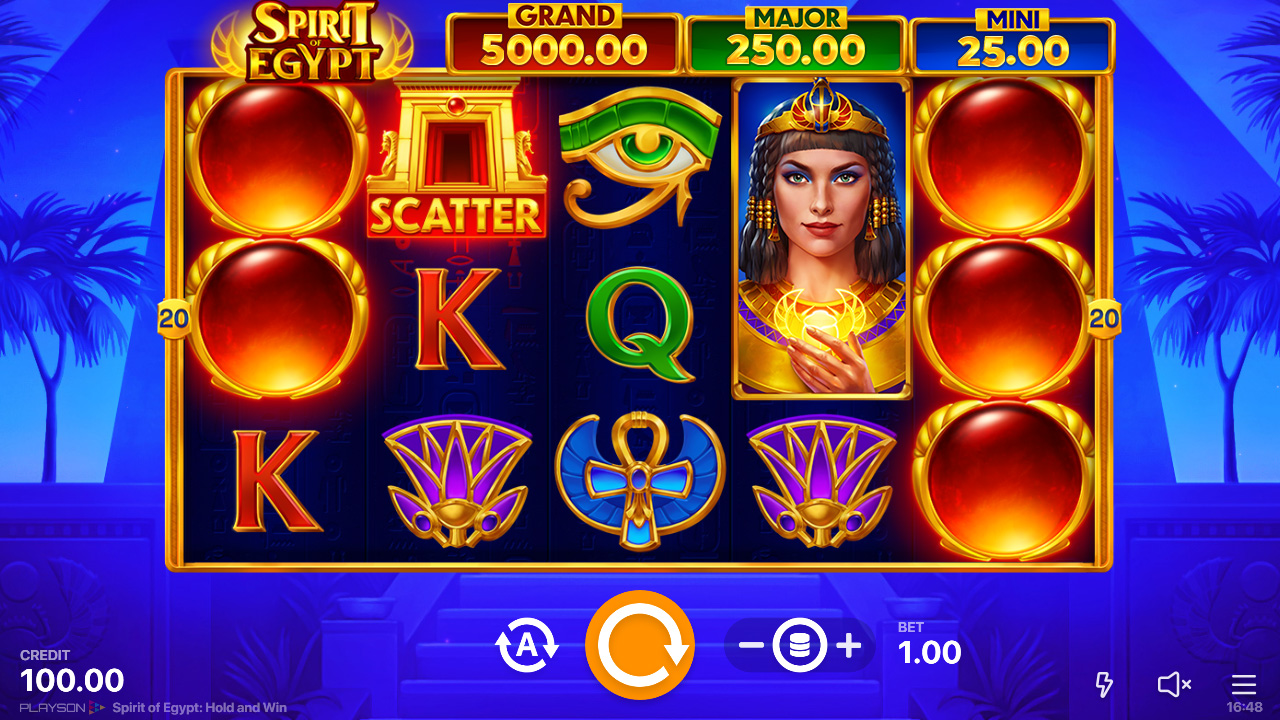 Travel back in time to Ancient Egypt

A jam-packed 3x5 slot invites players to enjoy intriguing Bonus symbols which merge and enlarge to provide win-hungry gamers with an even bigger pay-out.

Stacked Wilds appear as Scarab Ladies, and 10 Free Spins are activated by landing three Scatters, which only appear on the central reels.

Slot has an exciting reel-based mechanic during Free Spins mode that can skyrocket player's winnings - Synced Reels feature. It syncs symbols on up to five reels to increase winning chances.

Bonus symbols feature as Scarab spheres, triggering the fan-favourite Hold and Win mechanics when appearing in groups of six or more.

Three respins are granted at the start of the Hold and Win Bonus Game, with the game field expanding to 5x7 for its entirety as Bonus symbols replace all others.

Players are also treated to an extra-special trio of in-game jackpots: Mini, which multiplies wins by x25, Major, which does so by x250 and Grand, which cranks up the rewards by a whopping x5000!