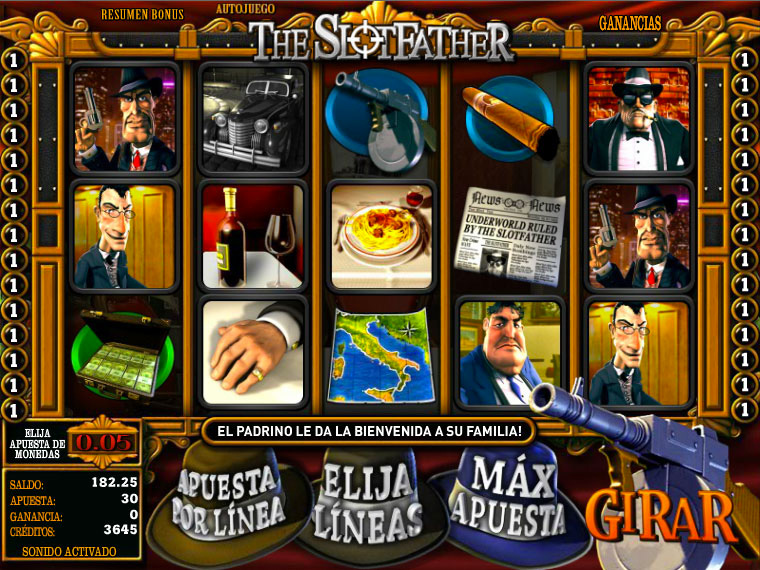 "I'll offer them a jackpot they can't refuse!”

Infamous words were spoken by the Slotfather, the secret underworld Boss of all slots, big and small. The one man that holds all the strings, controlling an organized syndicate of slots stretching across the city and beyond… that man is the Slotfather.

If the Frankie “da Fixer” symbol appears on either side of the Tommy Gun symbol on lines 1, 2 or 3, the Multiplier Mob Free Spins feature is triggered. Frankie will pick up the Tommy Gun and spray the screen with bullets. The player must click a bullet hole to be rewarded a random number of free spins, as well as a multiplier. For the duration of those free spins, all wins will be multiplied by the amount shown. Note: If Bonus Round occurs too, it overrides Free Spins.

Get 3 or more Underboss Scatter symbols anywhere on the reels to win up to 500 Instant Coins!