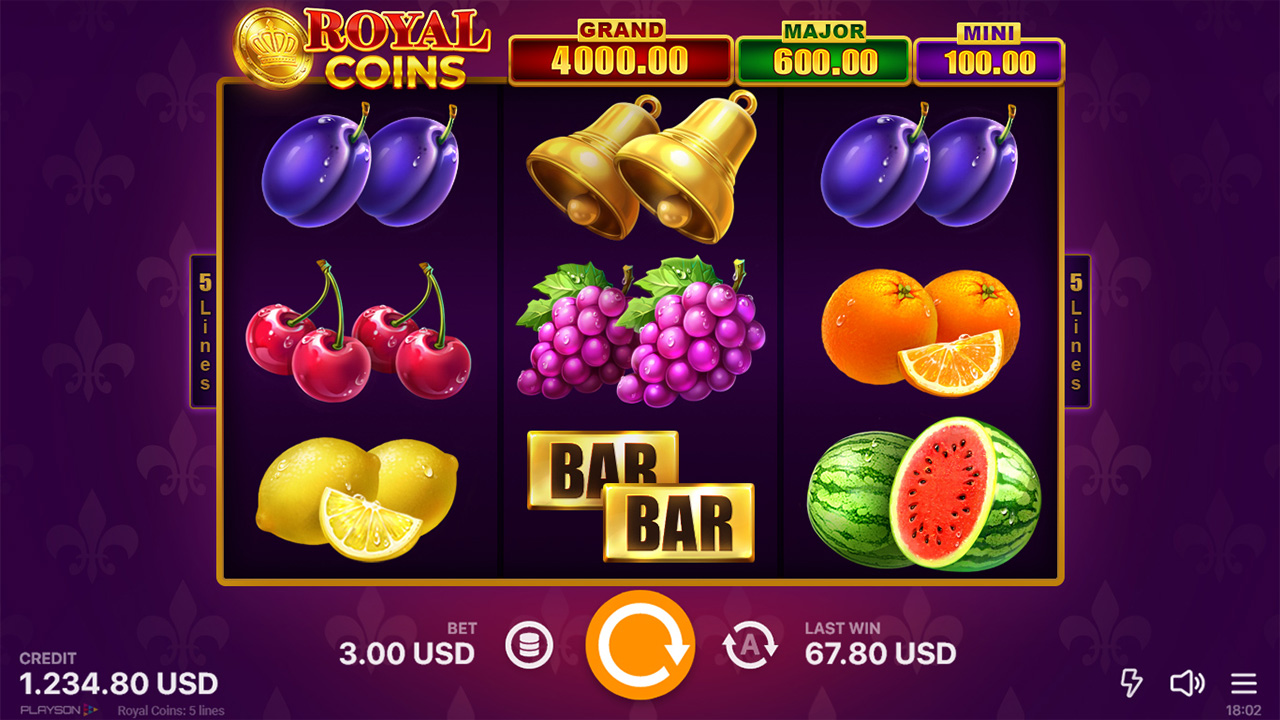 Red Sevens act as high paying Wilds in the sensational classic 3x3 slot with 5 lines, but coin symbols are the jewel in the crown, triggering the Hold and Win Bonus Game when appearing in groups of three.

There are regular coins, Jackpot Coins which act as Bonus symbols and Collect Coins, which appear on the second reel during the Bonus Game.

Unlike in the regular Hold and Win, Bonus symbols don’t stick on the reels. The Collect Coins gather values from all other visible coins on the game field, including Jackpot Coins, which disappear to free more space for the new coins. This provides the player with more space and chances to land new coins and Jackpot coins. After the re-spin counter comes to zero, Bonus Game ends, and the Total Win is paid.

The title’s tantalising trio of jackpots range goes like so: Mini, which is worth x25, Major, worth x150, and Grand, worth x1000.

Join the line of succession with Royal Coins: Hold and Win!