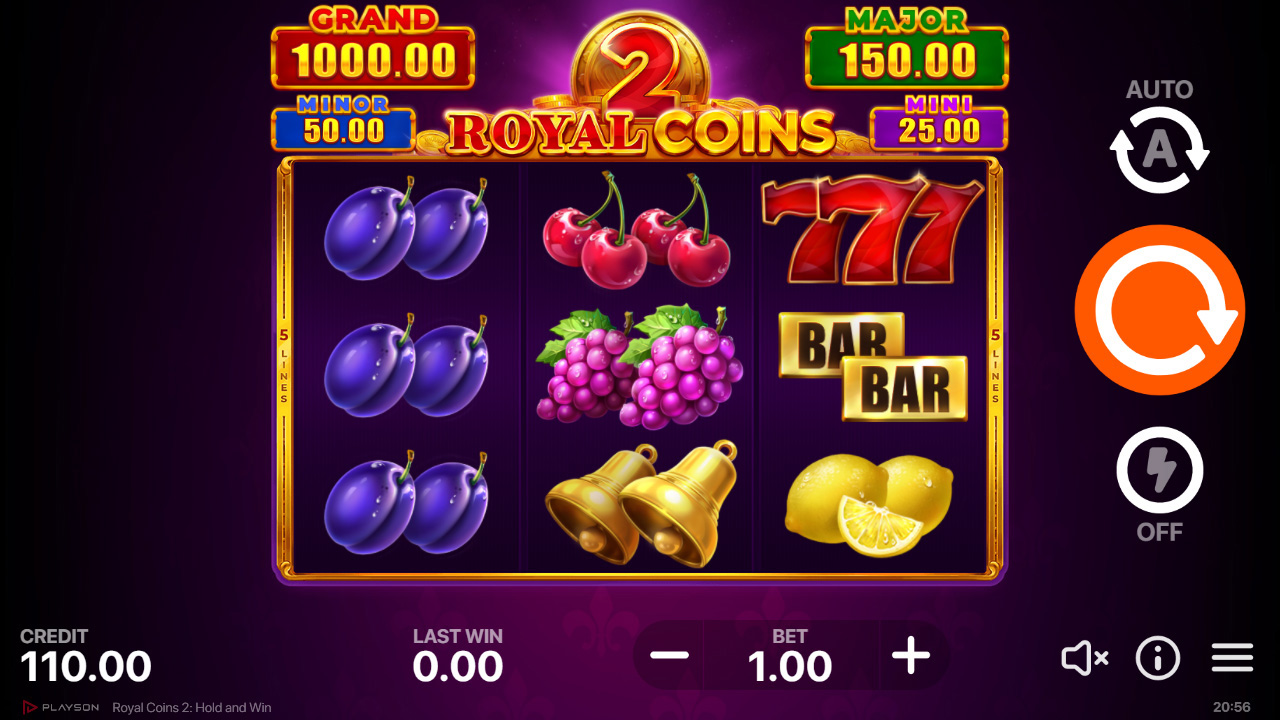 Polished to perfection! These coins are back!

“Royal Coins 2: Hold and Win” is the highly anticipated and enhanced sequel to one of Playson's most popular classic games.

The game plays out on a 3x3 reels grid and offers 5 lines to win. This follow-up game has the same winning formula with several great enhancements. Precious coins, such as Bonus and Royal Bonus symbols, trigger the Royal Bonus feature within the classic Hold and Win Bonus Game, which grants fantastic payouts. As the Bonus Game has been upgraded, now it features 4 in-game Jackpot. In addition to this, with every coin landing on the reels during the Main Game, there is a chance to trigger an additional Bonus Game by activating the Pile of Gold feature. Still simple and classic, “Royal Coins 2” now brings even more joy and entertainment during the gameplay.

The refreshing and juicy twist of classic fruits catches the eye – along with golden Bells, Bars, and iconic Red Sevens as a Wild symbol. The coin designs have been refreshed too – they have been polished to perfection. Bonus symbols and Jackpot symbols bring together silver and gold, while Royal Bonus symbols are glimmering with pure gold, presenting the true royal treasure.

Substitutes all symbols in Main Game, except Bonus and Royal Bonus.

Any Bonus Symbol landing on the reels during Main Game grants a chance to win an additional Bonus Game.

The random appearance of the following Bonus symbols during the Bonus Game triggers the corresponding Jackpots.