Quest To The West 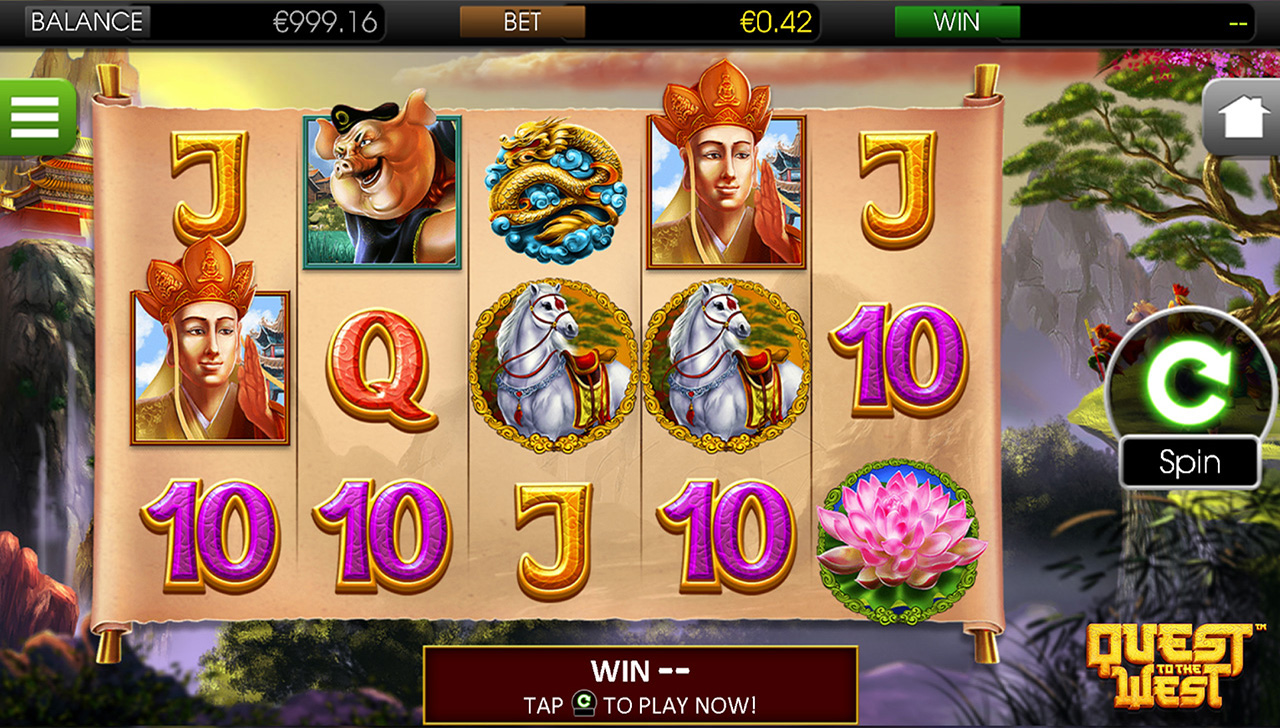 Get the chance to follow the path of the Monkey King as you journey to lands unknown to discover riches of the West.

Are you ready for an adventure of a lifetime? Quest to the West is a 5-reel, three rows and 25-payline video slot with walking wild, re-spin and instant win features, plenty of Wilds, free re-spins, and a chance to instantly win x1000!

Watch out for the special Monkey King Walking Wilds, which substitute for all other symbols. Other symbols and characters you will meet on the reels are Tang Sanzang which is the most valuable symbol of the paytable, and it is worth up to 1.50x the line stake for its five-of-a-kind combination, Zhu Baje, Sha Wujing, The White Dragon Horse, The Dragon King of the West Sea, The Lotus Flower and the Card icons from Ace to ten.

Find 3 or more of the Monkey King on the reels to trigger the Quest to the West event. During these rounds, any Monkey King Wild symbols will move one reel to the left until they leave the reels, potentially stacking up for immense wins.

This video themed slot Quest to the West promise hours of entertainment, and golden winnings too!

Quest to the West free re-spins

Meter of the Heavens

When the Meter is full, the riches of the Heavens will pour down upon you and you will receive an instant payout of x1000 your bet, the Meter will reset, and can be filled again by subsequent Quest to the West events.