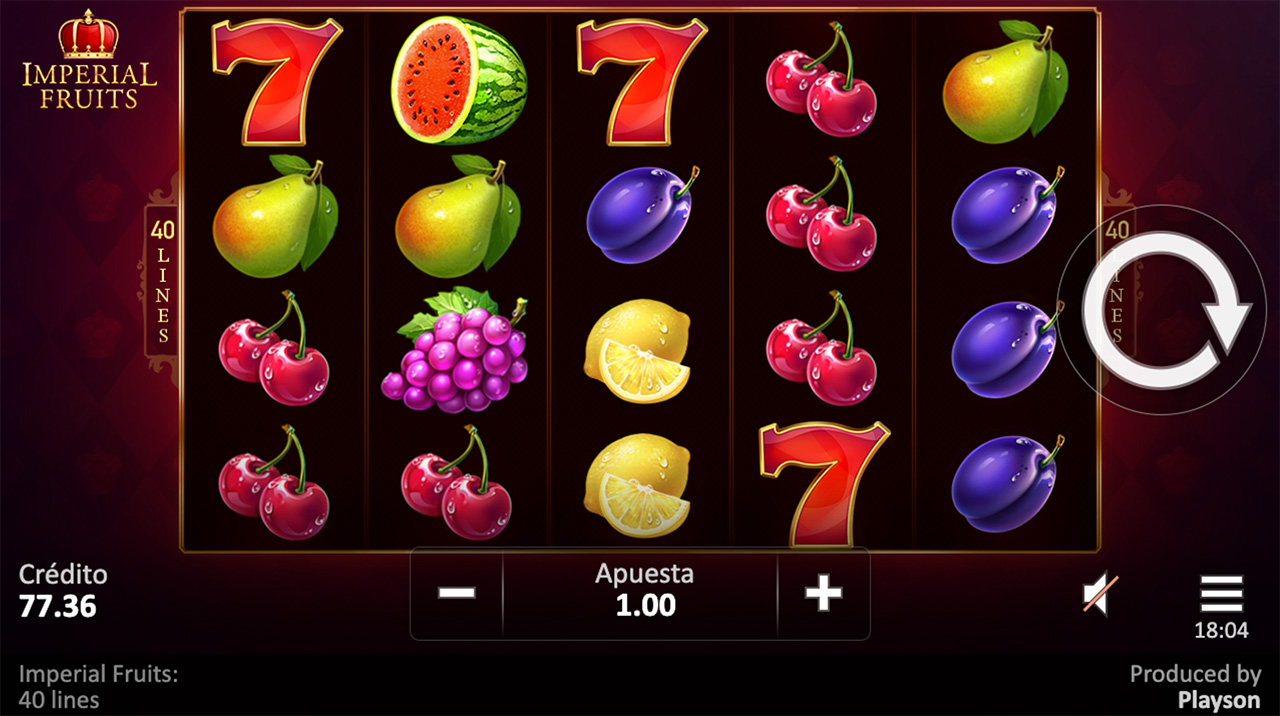 “Imperial Fruits: 40 lines” has the expanding Wild symbol as the main feature of the game which is drawn as a Royal Crown. Wild Crown appears as a stand-alone symbol on the reels, can substitute for any other standard symbol to maximize wins. It can land on the three central reels, 2, 3 and 4. This is an Expanding Wild, which means that when it lands, this symbol will grow to occupy an entire reel if there is a chance to compose a winning combination.

The Gold Scatter can appear on all five reels and landing 3 or more will award a win – 3 symbols reward x3 the stake, 4 symbols with x20 the stake and five symbols reward with  x100 times the stake.

During Big Win animations a rain of golden coins will attract your eyes and leave a fantastic feeling of those moments in your mind.

Wild symbol substitutes all symbols except Scatters. It acts as an Expanding Wild on the whole reel if it can compose a winning combination. Appears on the reels 2, 3 and 4.

Scatter wins are paid independently of bet lines. If you get 3 or more symbols anywhere on the reels at the same time, it will reward as follows: 3 symbols will grant a multiplier of x3 the stake, 4 symbols with x20 the stake and 5 symbols with  x100  the stake