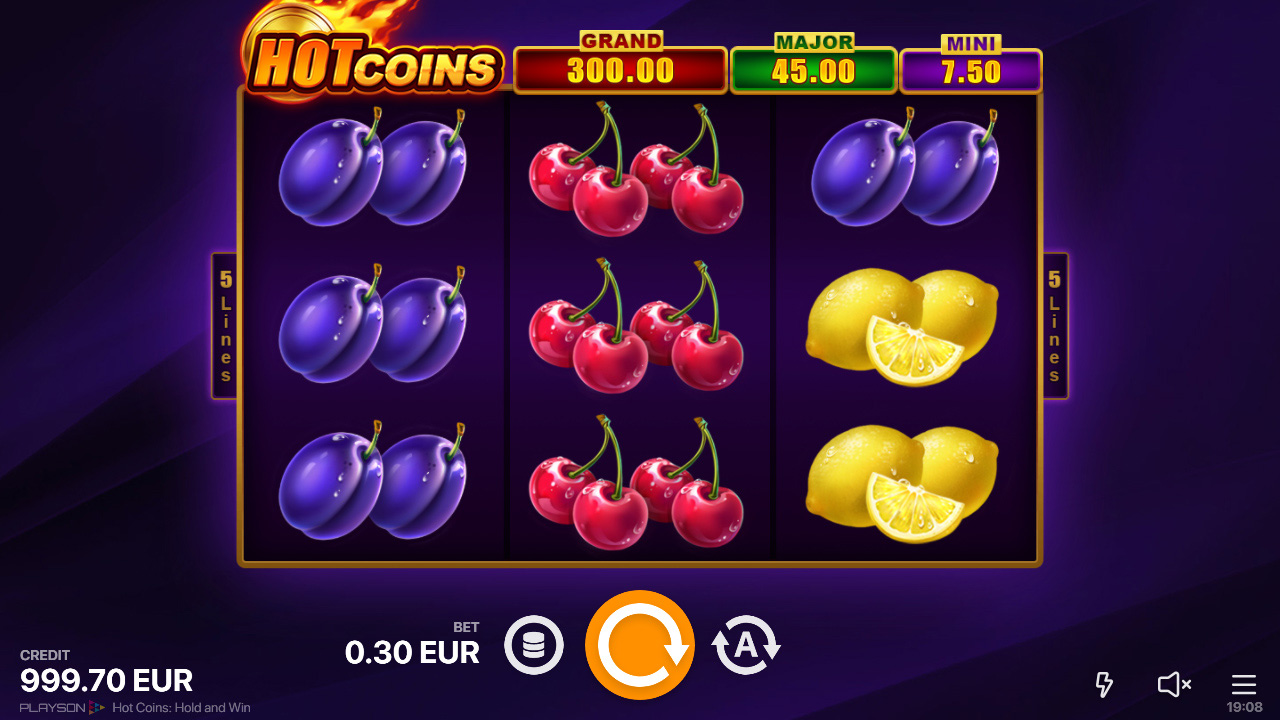 With our new game we present players two special gifts – health and wealth.

Freshly ripped fruits from Playson’s Timeless Fruit Slots sacred garden will give them an energy boost. Golden coins, on the other hand, can make their dreams come true.

This majestic fusion is available in “Hot Coins: Hold and Win” video slot. It has 3x3 game field with 5 pay lines and Wild symbol.

Combined with Hold and Win Bonus Game. In the latter player collects Bonus symbols that are added to the winning balance.

In order to prolong the joy Bonus symbols disappear from the reels each time they fill the whole row so that there is a space for the new ones. Creativity in simplicity is a moto of this game.

Substitutes all symbols in Main Game.