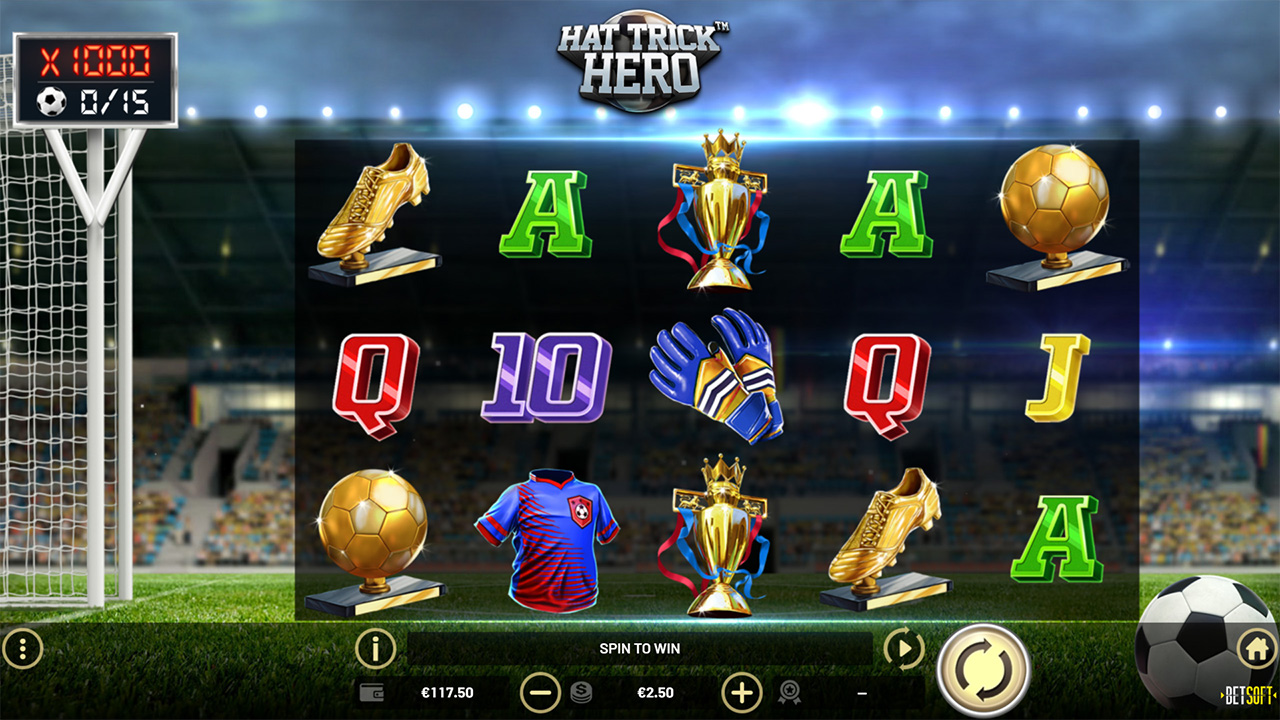 5 reels, 25 paylines and exciting features - this video slot puts you on the football pitch!

Game on! Football season is here. Go for the POWER SHOT and score the winning goal for big prizes in HAT TRICK HERO! With 5 reels, 25 paylines and exciting features, the latest video slot from Betsoft Gaming will put you right in the spotlight of the football field.

Watch out for the special POWER SHOT WILDS, which substitute for all other symbols. Find 3 or more of them on the reels to trigger the HAT TRICK HERO event! During these rounds, any POWER SHOT WILD symbols will move one reel to the left until they have left the reels, potentially stacking up for immense wins.