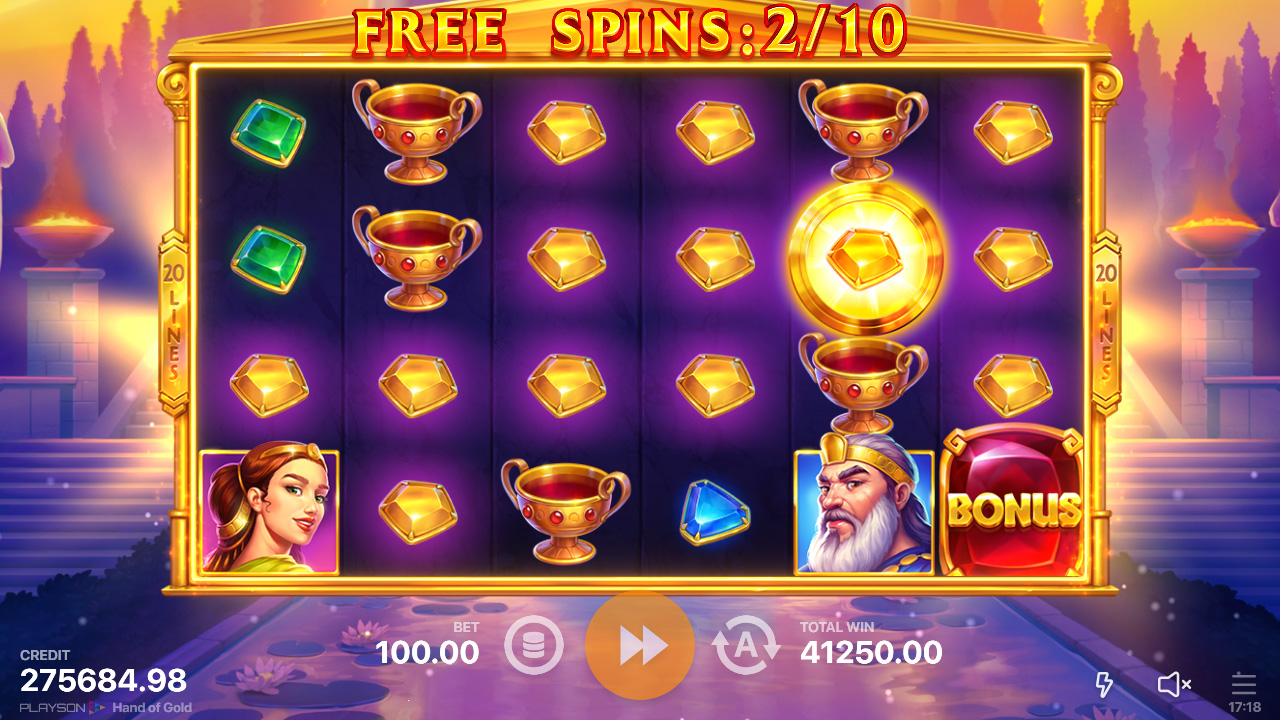 The King Midas and his golden touch

“Hand of Gold” is a new 4x6 video slot from Playson with 20 fixed pay lines on the Ancient Greek mythology theme. It is based on the story of King Midas and his ability to turn everythinginto gold with a simple touch of his hand.

In our game this gesture is represented by Hand of Gold symbol that transforms regular symbols of one kind into Wilds. This feature is called Golden Touch and it is also present in Free Spins mode which is triggered by Bonus symbols.

Bonus symbols act as scatters creating a winning combination no matter where they appear on the pay line. Allow the Midas golden hand to touch regular treasures and turn them into superior gold versions that will warm your players hearts.

Substitutes all symbols except Bonus. Appears only as a result of Golden Touch feature.