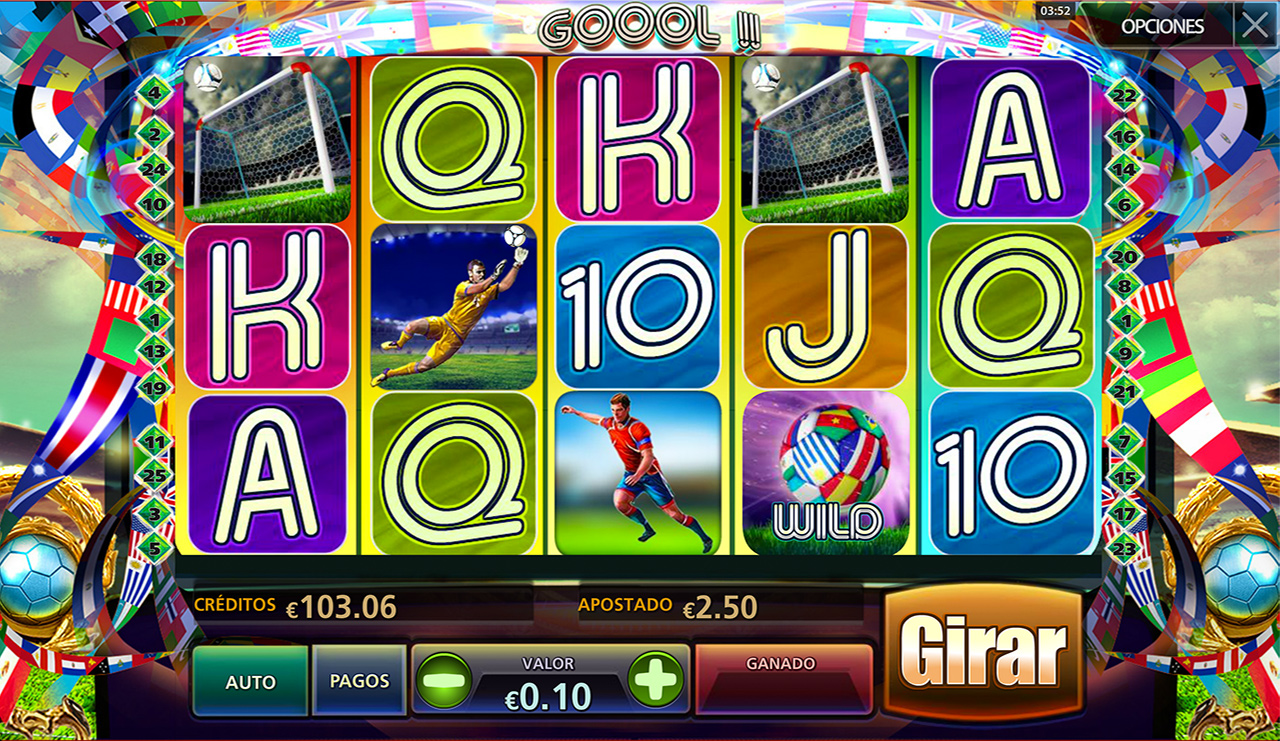 Enter the pitch and try your luck with this World Cup game.

For any footie fans, GOOOL!! is an absolute must. Live and breathe the thrills of competing in a major tournament as you spin the 5 reels in this 25 pay lines slot for cash prizes.

But will you walk away as the champion of the world or does this game score an own goal?

There’s nothing about GOOOL!! which isn’t football related. The reels are set in a beautifully designed football stadium which will nearly take your breath away the first time you see it. You’ll be overcome with the irresistible sound of chanting, clapping, and whistles along with the cheering from supporters all around the ground.

Marvel at the flow of flags dripping from the stadium roof while the crowd surrounds the pitch. The reels actually sit on the main body of what is presumably the tournament’s cup and are packed full of footie related images. Pick from goalies, football players, balls, goals and a whole host of letters representing the playing cards.

If you spin 5 matching symbols of the empty goal you’ll win a prize of 2,000, the highest among the regular symbols. However, if you match 5 of the wild symbols you could win, even more, walking away with 10,000.

The wild symbols do more than just offer a big prize; they also substitute for other symbols on the board to increase the chance of a win.  The scatter symbols don’t have their own prize value but instead, they will hand out free spins to you.

All of the prizes can be won by spinning 3 or more matching symbols but the more you match, the higher the prize!

Can substitute any symbol except Scatter

The free spins feature is triggered when 3 or more scatter symbols appear. The scene of the game changes when you enter the free spin mode, taking you even further into the World Cup stadium.