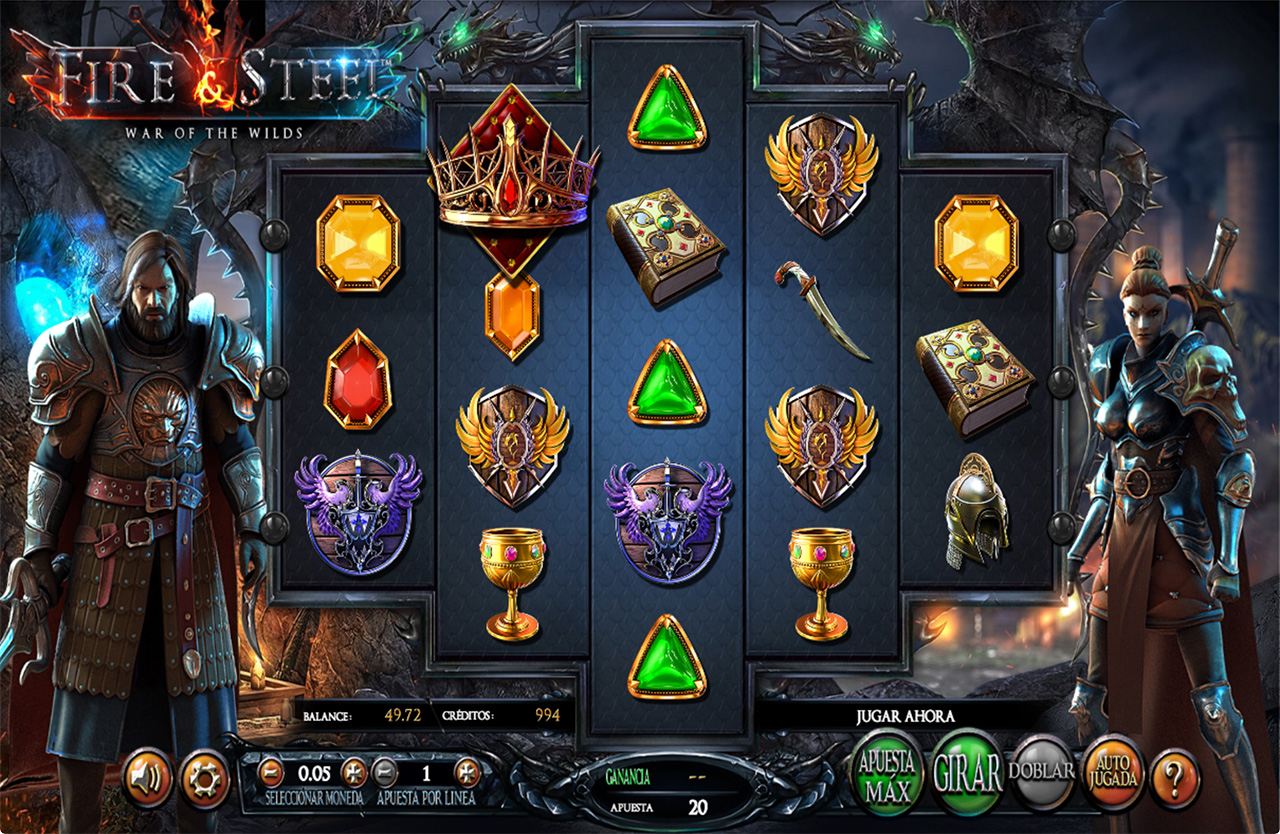 Join the Shieldmaiden and the Swordsman to fight and win great prizes!!!

Join the Shieldmaiden and the Swordsman to fight and win great prizes!!!

Two Noble Houses, split by a nation war, will unite to fight back against the draconic invaders. Together with the Shieldmaiden and the Swordsman by using their combined War Cry, that can flip icons to Wilds, you will increase your winning chances!

Fire & Steel features a novel 3-4-5-4-3 layout, where the reels get more symbols as they proceed towards the center. This layout allows for great excitement and huge wins, especially as the pay lines pay both left to right and right to left!

The SWORDSMAN symbol releases a magical vertical beam, either above or below him. The beam turns all symbols in its path WILD.

The SHIELDMAIDEN releases a magical horizontal beam, either to her left or right. The beam turns all symbols in its path WILD. Note: Where the beam passes over two symbols, only one symbol per reel will become a WILD symbol.

War Of The Wilds Free Spins

If the Swordsman and Shieldmaiden symbols both appear on the reels at the same time and their beams intersect, the WAR OF THE WILDS feature will begin! The feature immediately awards 10 free spins and the place where the two beams intersect becomes a sticky wild for the duration of the feature! During the WAR OF THE WILDS feature, additional free spins and clingy wilds can be earned as the Shieldmaiden and Swordsman symbols appear more frequently!