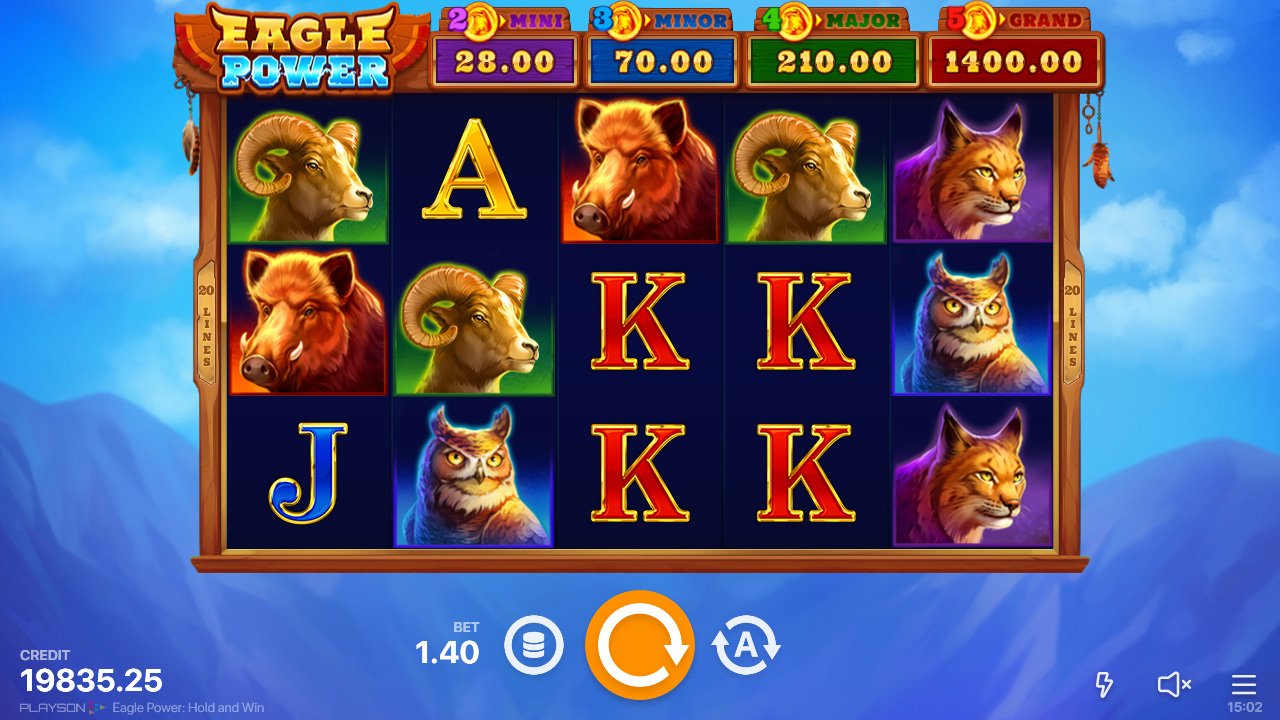 This 3x5 game with 20 lines features mighty Eagle as a Stacked Wild will surely capture the attention of most picky players. Wild Eagle is accompanied by the set of wild mountain forest animals as high and mid paying symbols of the game.

Rock Mountain, featured as a Scatter symbol, triggers 8 Free Spins. This free mode is enhanced with the Spreading Wild feature, which creates a new Wild anywhere on the reels from the one which initially landed on the game field. In case two or more Wild symbols have landed in one spin, they may copy to the same cell - in that case, such new Wild gets a multiplier. The maximum multiplier is x15 and will be applied to the line win. Or the player may be lucky enough to cover all 15 cells with Wild symbols.

The game also sees a lightning ball as a Bonus symbol and a golden coin with Eagle as a Power symbol. If six or more Power and/or Bonus symbols appear on the grid, the Hold and Win Bonus Game takes the main stage.

To get the grid filled, the Last Chance Spin was added. The feature spins the reels one additional time to give more Power symbols. Last Chance spin can be activated only if there is at least one empty cell and there are less than 5 Power symbols on the field.

Power symbols bring special value to the game - Bonus Game Jackpots. There are four of them, with the Grand Jackpot being worth x500 bets!