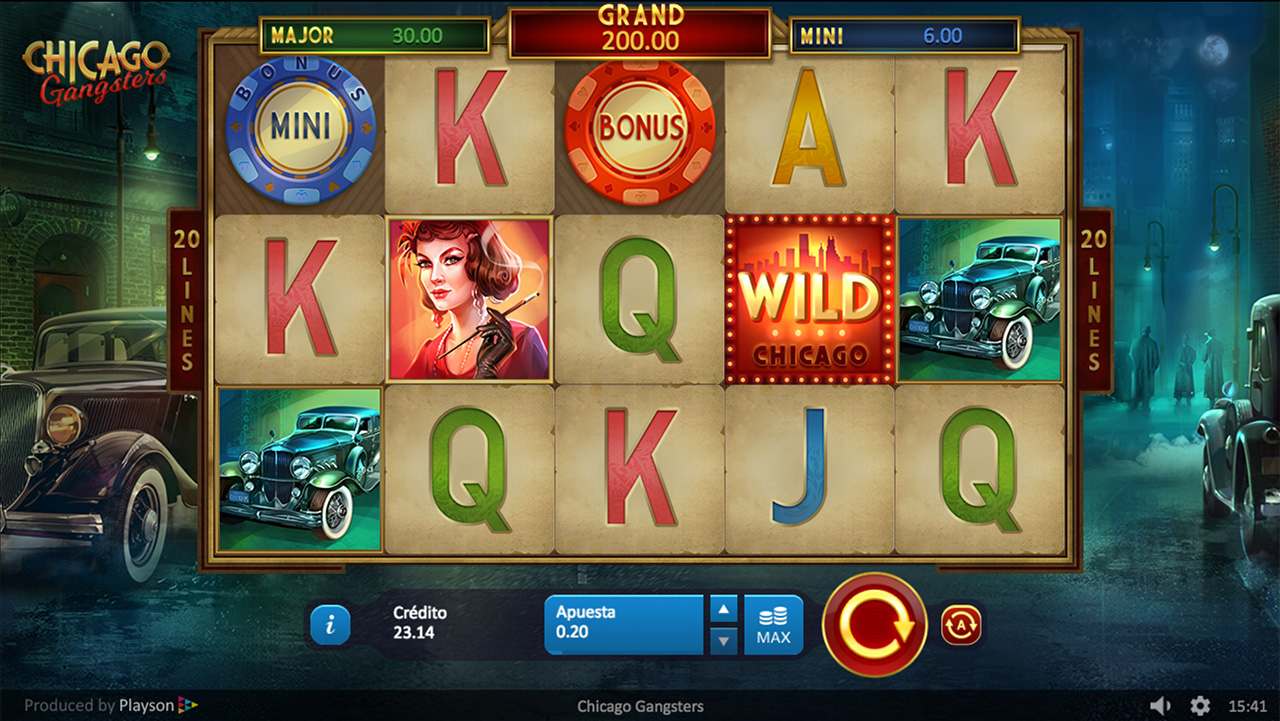 Step into the gangster's world who made their own rules in smoke-filled, dim-lit backrooms and power was money, while money was power.

Although gambling was outlawed in such times, infamous kingpins went to great lengths to keep it alive, which is why the casino chip is a symbol which can trigger the Bonus Game with a chance to win one of the Jackpots! Find out more…

Wild symbol substitutes all symbols except Bonus symbol. Check the payouts according to the Pay Table.

Mystery symbols appear randomly during the Main Game only. When reels stop each Mystery symbol is replaced by a random symbol of the same type, which is present on the reels, including Bonus symbol, except Wild symbols.