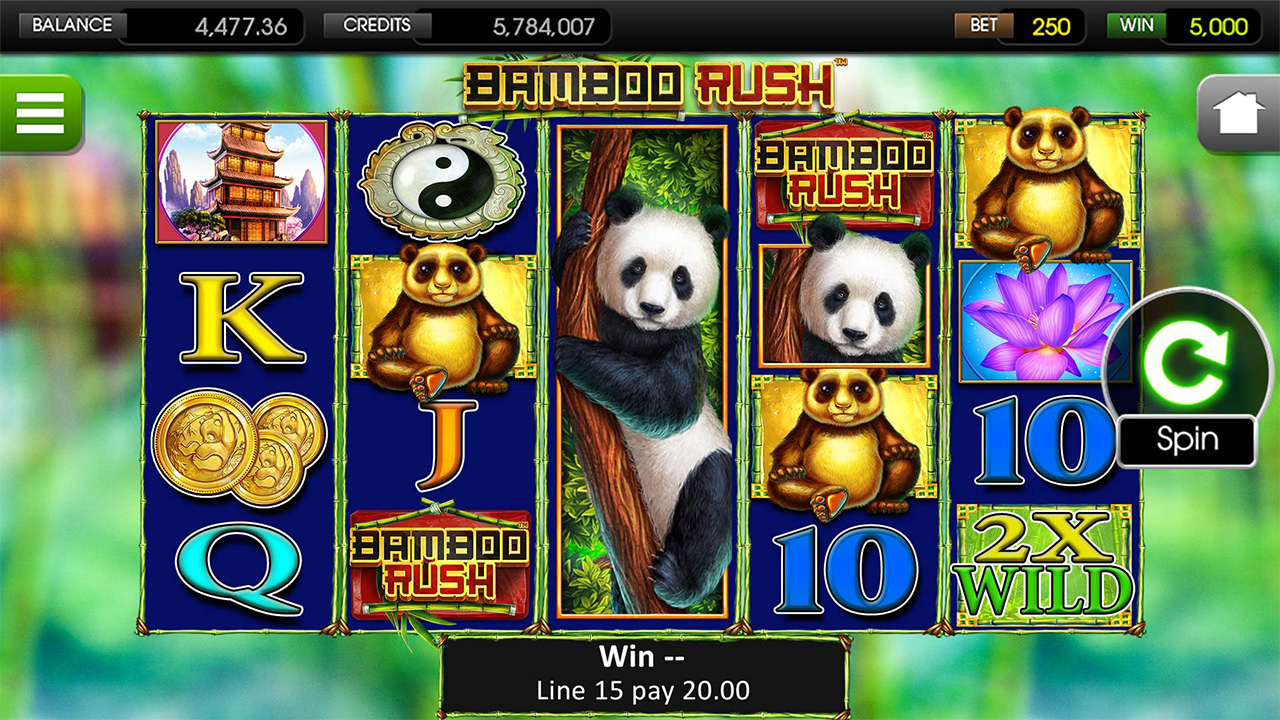 Bamboo Rush will put us on a mountain path, which leads to a beautiful secret garden with a traditional Chinese Temple, somewhere in China. It’s a fairly popular idea for a game’s theme, focusing on Panda bears and the region’s nature. Brush aside the bamboo stems, and discover a secret garden filled with endless opportunities in BAMBOO RUSH – this slot feature 5×4 reels and a total of 1024 ways to win.

BAMBOO RUSH boasts 40 pay lines that pay from left to right. As well as standing in for any other symbol in the base game, wilds also award multipliers of 2X or 3X during free spins, with a combined maximum of 27X the winning value per pay line. Wilds can only appear in reels 2 to 4.

Seek out the treasured Golden Panda scatter to trigger BAMBOO RUSH’s free spins feature, where you can win up to 20 free spins straight from the start, and the potential to uncover even more of them! All symbols are stacked during the base game and free spins except for the scatter, which can lead to wins of up to 53000x in a single spin!

Apart from the Golden Panda, which is the Scatter that triggers the Free Spins feature, spinners will also see the Giant Panda, which represents the highest-paying regular symbol. Also, there is the Yin and Yang symbol and the Temple. The Lotus Flower can usually be found in video slots with a similar topic, and there is the Logo, Golden Coins, as well as playing cards, acting as low-paying icons. The Bamboo Forest is the Wild that substitutes for all regular symbols and If you get it to land on a reel which is part of a win, then the wild is automatically a contributor to a winning combo.

During free spins, all wilds have multipliers, the chances of high-value panda symbols appearing are increased and ADDITIONAL free spins can be earned.

Wild symbols count as any other symbol, except the FREE SPINS symbol. During FREE SPINS, all wild symbols will each award a multiplier of 2x or 3x! Combine 3 “3x” wild symbols and any wins that occur from that combination will be multiplied by 27! – 3x3x3.

After any standard win, you can choose to gamble your winnings by playing the double up mini-game. Guess whether the next coin toss will be heads or tails and you could double what you wagered!