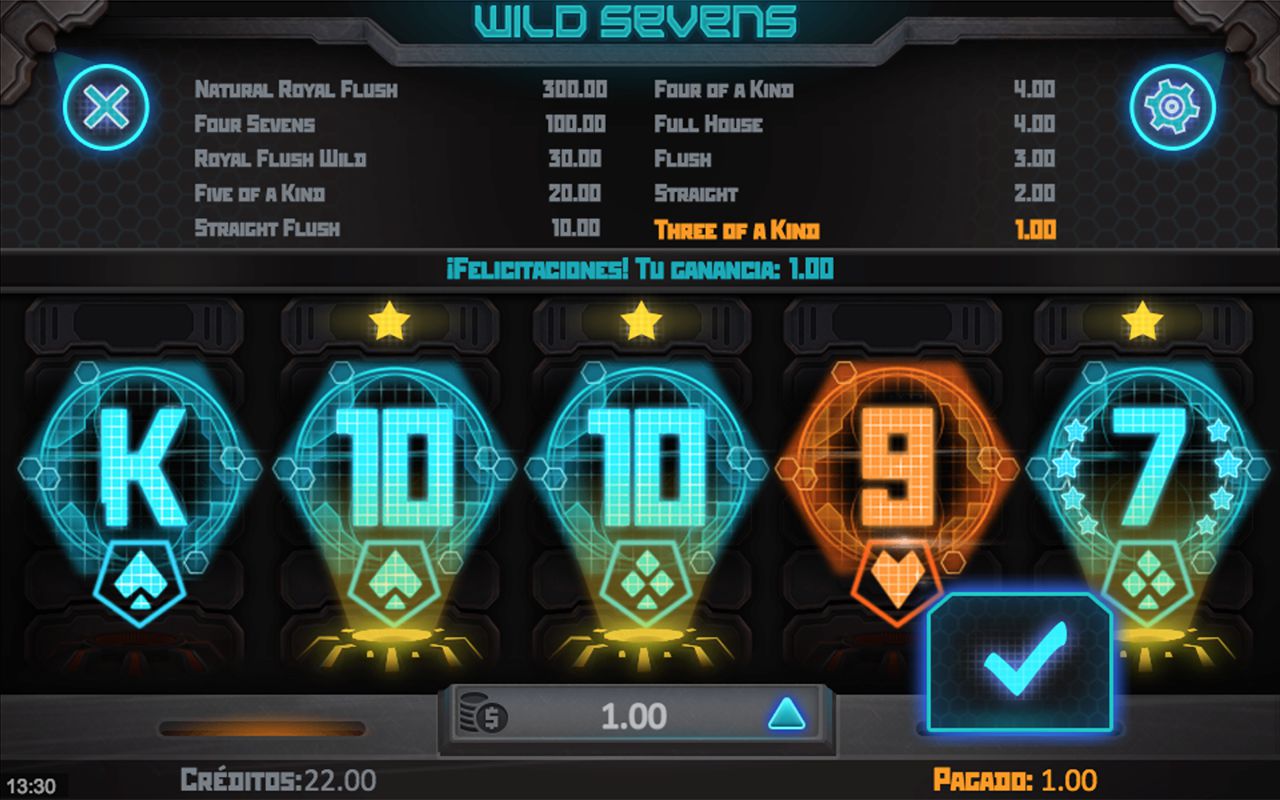 Get Wild with all the 7s

Wild Sevens is a single player video poker game featuring classic casino games characteristics: fast gameplay, high payout and the use of Sevens as wilds. The game gives an opportunity to try the Poker of the future, as the interface is designed to resemble a spaceship control unit.

Wild Sevens features a gamble mode feature in which a player can play up to 10 times in a row. The Player must select one of the four cards flipped face down. If the card is higher than the dealer’s card then the player wins, in the case of a loss in the Gamble Mode the player loses the winnings from the prior game play round.

This is a Poker Game played using a 52-card deck, where the cards are reshuffled for each hand. Wild Sevens follows conventional poker rules concerning how hands are dealt and formed. The game features regular poker hands with a small exception: all Sevens in the deck are "wild", which means that they substitute for any card you may need to complete a winning combination. Sevens will automatically replace any missing card to complete a Straight Flush, Three of a Kind, Full House or any other winning hand except for Natural Royal Flush. The Gamble mode becomes available after each winning combination.

The Gamble mode becomes available after each winning combination. The player should press “Gamble” if they wish to double the winning.

There are also some additional special hands featuring Sevens.