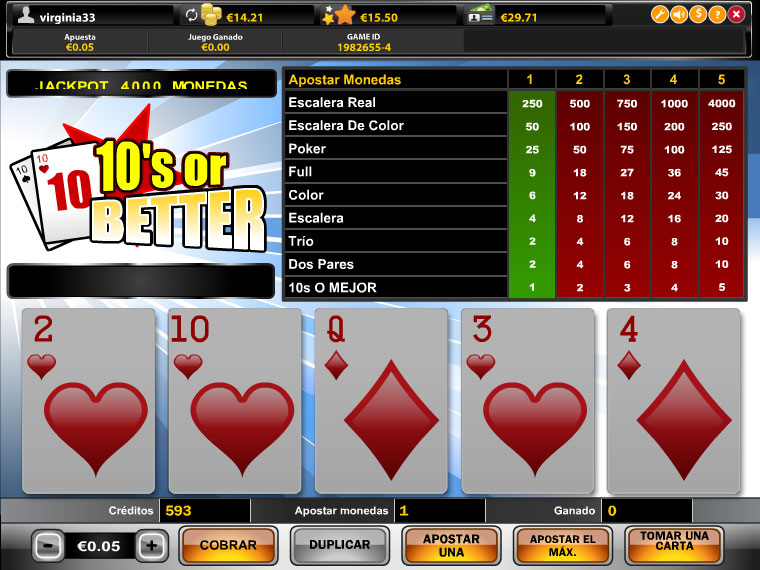 If you are passionate about Poker, this is one of the games you will enjoy.

If you are passionate about Poker, this is one of the games you will enjoy.

Tens-or-better is a classic and another favorite amongst our Video Poker fans. If you have never played Video Poker this is the best gameIf poker is your passion, you'll love this game. 10s Or Better is another of the favorites of our video poker fans. If you've never played video poker, this is one of the best to get started with. It's a version of traditional poker.

Tens or Better is a game between you and the dealer and is played with a standard deck of 52 cards. Five cards are dealt in the first hand. Hold as many cards as you want to build the strongest hand. The remaining cards will be discarded and replaced with new ones from the same playing deck.

Tens or Better Video Poker is a poker game where paying combinations begin with 10's rather than the standard of Jacks.

Never break up a dealt paying hand unless you have four of the five cards for a Royal Flush. If you aren't dealt a paying hand, check the list of ranked possible combinations listed below and use the one that will produce the highest result. The term 'High' in this instance is defined as 10 or higher: